Eight years since its inception, SVAYAM (Sarva Vikaasa Aadharhaa Yaati Aatmanir baratha Moolam) continues to be the definitive transformative experience of the International Baccalaureate Diploma Programme (IBDP) at Jamnabai Narsee International School (JNIS). From December 11 to 18, Bhuj in Kutch, Gujarat became the site of work that merged Creativity, Activity and Service (CAS) through a myriad range of activities at the Bhamasha School, Lakhania village and the Vivekanand Research and Training Institute (VRTI), Mandavi. The rustic setting of Lakhania became the nerve center for a medical camp where JNIS students assisted the doctors with prescription and check-ups. A social awareness campaign made its inroads into the community while some students assumed the responsible role of teachers at the village school. The infusion of the festive spirit reached its peak with the inimitable Lakhania Utsav followed by the delectable Lakhania Feast and splendid Raas Garba. Every activity served to be a learning curve and each interaction more revealing than the previous one. The ultimate goal of this ongoing project is to impart self-sufficiency to the residents of Lakhania by tapping into the available skill and resources, one of them was tie and dye project. SVAYAM is one of the many endeavors at JNIS to create a global citizenfor a global world. What began as a CAS project grew into a life-altering experience over a span of seven days! 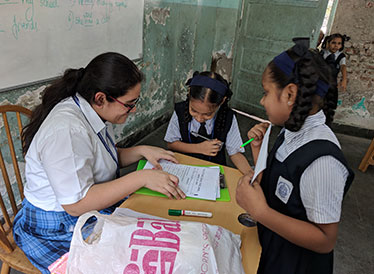 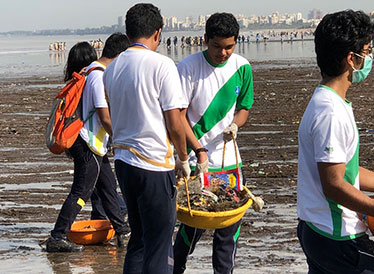 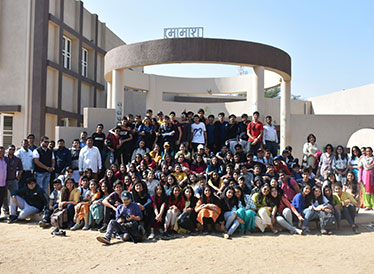