Bubbling with excitement we exited Barcelona airport restless to see what the Spanish Immersion trip had in store for us and we’re so glad to share, it didn’t disappoint…

From the Gothic Quarter to Barceloneta, we feasted our eyes on every single neighbourhood, drinking in the historic architecture one archway at a time. Straight out of the airport we began our trip with a visit to the beach, pinching ourselves every five minutes in disbelief. The beauty of the Spanish countryside and the changing hues of the skies, accompanied by breathtaking beauty of Montserrat, Park Güell, La Sagrada Famillia and even the simple things like the houses and art installations on streets corners made us feel like we’re living in a painting just like the ones by Picasso that we examined up close. Watching dreams come true at Camp Not to unlimited cups of Gelato and from the twists and turns of flamenco served hot with a plate of mouthwatering pulpo (octopus) to shopping our hearts(and debit cards) out , this immersion was nothing short of a dream come true.

To add to it all, the five days that we spent at school were a true eyeopener . We got the opportunity to witness our exact curriculum being taught in such a disparate way and the classroom behaviour was an absolute culture shock in comparison to what we’re accustomed to seeing here. Something as simple as looking at an actual jungle over a concrete jungle when you looked outside the class window was a shocking experience for us.

This trip left us with knowledge that could never be imparted in any school across the globe. Interacting with our tour guides, the locals and our temporary classmates brought to light the stark difference in the way life is led just halfway around the world. We came to the realisation how difference in cultures and beliefs lead to a contrast in priorities and expectations from life that are beyond the ones made solely on observation.

Seven days in Spain felt no longer than seven minutes as we boarded the flight to come back home. Our bodies overtaken by exhaustion, our hearts heavy with love for a new city and our minds swarming with unforgettable memories and knowledge of a culture so different but yet so similar to our own we said our final adios. If we had to describe the Spain trip in one sentence it would probably be framed as , ‘One of those rare moments in life where you hoped for the whole planet but were blessed with the universe instead.’ 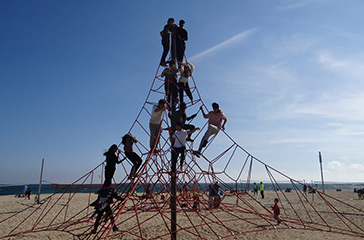 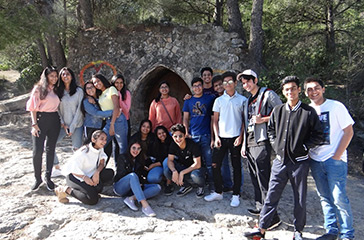